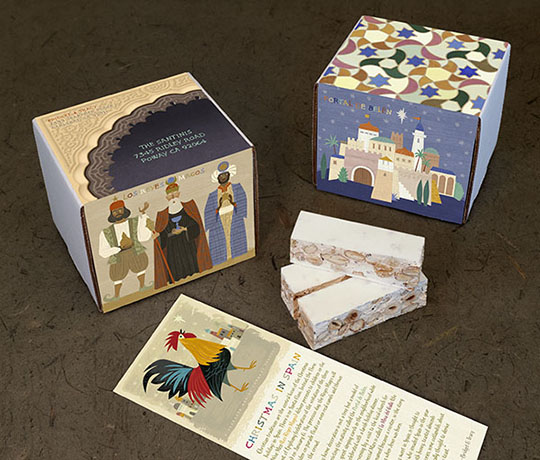 Turrón, a traditional holiday sweet in Spain, is thought to have originated with the Moors who invaded Spain in the year 711. Traditional turrón is made with honey, toasted almonds and egg whites. There are a few theories, some outlandish, about the origins of the name, but it’s generally thought to derive from the Latin torrere “to toast.”

For a more complex, modern variation you might want to try Yotam Ottolenghi and Helen Goh's delicious almond and aniseed nougat:

The making of the modern version of turrón or nougat, while quicker to make, is a bit challenging because it requires the precise timing of baking steps. A sweet syrup is boiled and poured  at two different stages of candy development into whipped egg whites. The nuts must be toasted and ready to add to the nougat while they are still piping hot.

Here's a cheeky video of the making of the Ottolenghi/Goh recipe:

Posted by Tracy Sabin at 3:28 PM No comments: